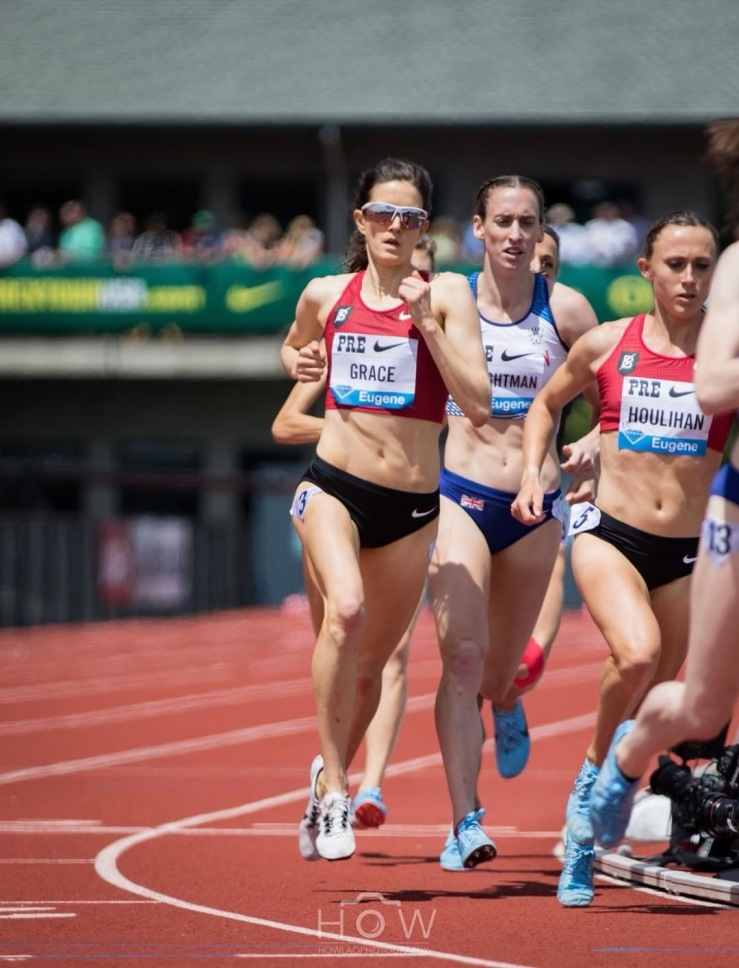 Pre is the premiere track meet in the US, the only Diamond League meeting on American soil. Every year, the best of the best converge on Eugene, Oregon. It’s my second year racing the 1500m at this meet. Last year I went out hard, sharing the lead momentarily. The pack overtook me, and I ended up barely beat at the line by another American, Brenda Martinez. This year, the plan was to stay in the back, let the race play out, and kick to pick up any carnage on the final lap.

In terms of process goals, I executed the first part well. I felt more aware in this race than I have in past years. In my view, I had been treating 1500s like long 800s: go out hard, and try to not die more than the other people. But that’s not how the race is best run (it’s usually more of a sit and kick situation, with a negative split between the first and second half).

But if you are playing the waiting game, there has to be a switch. On Saturday, everyone started gearing up for their move with 400m to go, and I just… didn’t. I had been keying off Shelby for the first three laps, and her race was the picture of how this plan is supposed to work: she moved up starting at 400m, and unleashed a monster kick coming down the home stretch, to win the thing.  She’s been crushing workouts, and it’s transferring to competition. This is a huge win for her.

My last 400 was slower than my other laps. The end result was a poor place, and a slower time than last year. Part of that may have been mental, when people started pulling away and I didn’t have it, maybe I let a few more seconds slide. But there was also a physical component.

After the race, all I can say to Jerry is that I felt… tired. I’m not a cheetah waiting to pounce, I’m more a cheetah at the end of a long run, who wants to get off my feet and curl up. That is not the ideal spirit animal!! He sees improvement with the way I handled the first part, and admonishes me to keep head to the grindstone. It’s all a part of the program.

Photo by How Lao