Kate is an American track athlete and Olympian. She has represented the United States at the 2016 Olympics and 2017 World Championships, in addition to the 2018 NACAC Championships and 2014 World Relays. Her personal best of 4:20 in the mile is 4th on the US all-time list, and her 1:58.2 800m was 10th in the world that year.

Underlying those numbers is the fact that Kate is a late bloomer, whose top accolades have come in her late twenties. A good runner in high school in college—but hardly a standout on the national scene—it wasn’t until age 24, under the coaching of Frank Gagliano, that Kate embraced true distance running: long runs, mile repeats, and higher weekly mileage. In 2013 she ran rub-2:00 minutes in the 800 for the first time, giving a glimpse at her potential, which was followed by a two-year cycle of injury and inconsistent training.

Before the 2016 Olympic Trials, it had been three years since she had run her fastest 800m. She set a personal best to win the Trials, and again to quality for the finals at the Olympics. Since that breakthrough year, she continues to compete at the international level. 2016 was her first time on the podium at a national track championship, and she’s been back every year since.

Thanks to her progression in the sport, Kate loves talking with people who have taken up running later in school or life, or struggled with physical injuries or psychological roadblocks. She believes it is possible to sustain growth at any point, even if there has been a spiral of inconsistency.

Another distinct feature of Kate’s bio is the number of coaches with whom she has worked in her years as a pro. She has trained with four elite groups: in New Jersey; Bend, Oregon; Sacramento, California; and Portland, Oregon. While this isn’t unique among American runners, it also isn’t common. She feels lucky to have learned from some of the best coaches and support staff in the country, and from incredible training partners. Her approach to training is informed by all those experiences.

In October 2017, Kate joined the Bowerman Track Club (BTC). This is a Nike sponsored group of elite athletes coached by Jerry Schumacher and Pascal Dobert and based in Portland, Oregon. On the women’s side, there are 11 athletes with race specialities that range from the 800m to the marathon. The group is known for getting results on the world stage, individual accomplishments include U.S. Champions, Olympians, Olympic and World Medalists and American record holders.

Kate has been open about struggling to complete workouts her first few months with BTC. She started writing “training update” posts on Instagram during a time when things seemed to be going backward, as a way to process the challenges. She enjoyed the exercise of writing about the endeavor of elite training. Those posts were the impetus for this site. Her race results improved over that first year, though it remains to be seen how she will ultimately respond to the training. Will there be big breakthroughs like the other athletes? Will she be able to stay injury-free and give herself that chance? There is still a lot of growth to be accomplished in the BTC program and her goal is to prepare for the 2019 World Championships and 2020 Olympics.

And regardless of those goals, Kate believes the opportunity to train at this level is a blessing in itself. She relishes the chance to reach for an ultimate athletic potential alongside women with similar aspirations, in a competitive yet supportive environment. There are lessons to be learned in the physical work – the training tactics, strength programs, injury prevention routines – and also in the psychological and emotional trials that come when pushing to the edge. 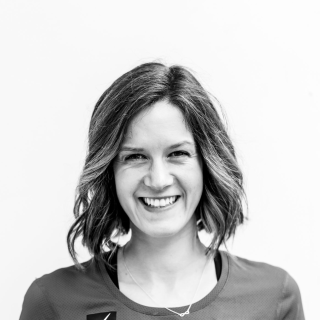