I was thinking more about that last update, and the psychology of working with a coach in the early stages, before you have experienced success in the program. That’s when training partners are more important than ever.

Physical training of this intensity is hard (understatement!). You are exhausted a lot of the time, and while at altitude camp, you’re mostly isolated from friends, family, partners. And on top of all that, there are no guarantees it will pay off. Improvements at this level don’t come easy. You have to endure months of work without much positive feedback, from a coach or the outside world. It’s a recipe for some depressing moments.

Having teammates in this situation is what makes the setup at all bearable.

When I first joined, I was warned a lot about the trials of the first year with Bowerman. Courtney, Colleen, Shelby, Emily, Amy, everyone had a story about how hard it was at different points, how they weren’t able to finish workouts, and that in itself was a new challenge. So I was at least prepared. But commiserating can be a slippery slope. You want keep the bar at the level of the best of you, not let it fall to the lowest common denominator. I think we do a good job of this. On the workout days, no one is given much sympathy. It’s not that anyone is mean, it’s just that the focus is on the people completing the full session. Which is exactly as it should be. People still working to get to that point (me!) can gain strength knowing that teammates who are crushing it now went through the same growing pains. You aren’t given the chance to wallow or slow down in the pursuit.

And this all makes it sounds so serious, when there is so much fun. We giggle and bond over shared struggles and goals, use humor to deal with hard days. We explore new places together, cook together, share stories. We get on each other’s nerves, but even that turns eventually to jokes. The experience of a training camp is itself unique, and you grow close from sharing it, living with each other’s messes and faults.

A few of us struggled on the tempo mile day. There is power in simply knowing that someone else is going through a similar ordeal. We didn’t talk about it too much, we all went home and kept each other on the same routine: did a second run, shared dinner duties, got up the next day and repeated. Simple. But at a point when I am desperately wanting more approval, from Jerry, from the outside world, from myself and my expectations, I am so thankful for this camaraderie. I want that stuff, my ego wants the validation, but I don’t need it when I have them. And maybe you could say I don’t need training partners, but on this day, it sure as hell makes it easier to keep my head up and keep on the train. 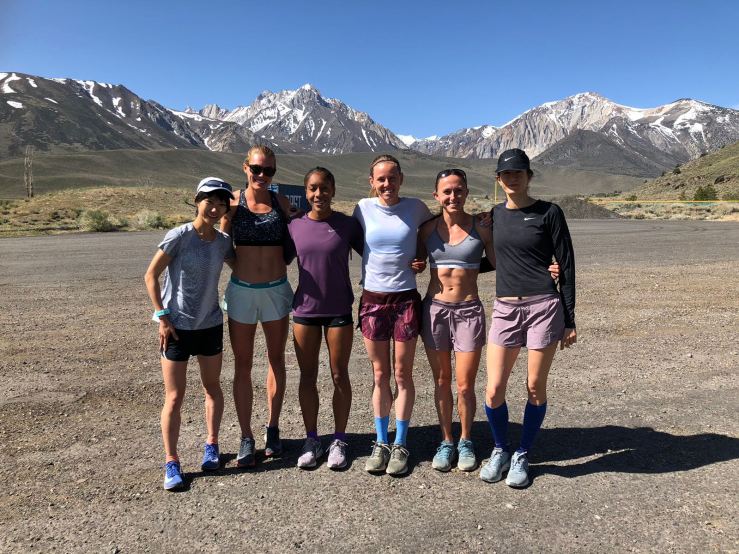